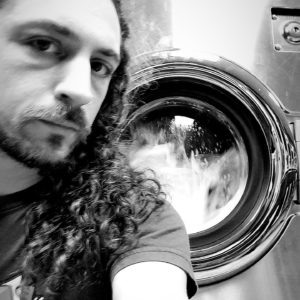 I feel like I am supposed to say that I’m super excited about this conference trip—and I am. It’s a chance to see a country I’ve dreamed about visiting since I was a child, and an opportunity to speak to an audience beyond my usual Ruby conference audiences.

This newsletter is all about being real, though, and the truth is I have complicated feelings. I’ve enjoyed the benefit of speaking in front of some very friendly audiences for years. At Ruby conferences, at least half the attendees usually know who I am and are predisposed to be excited to see me.  This conference tour will be a throwback to early days when I stood in front of audiences who had never heard of me. While I don’t feel unqualified, I do feel intimidated to be moving into a “bigger pond”.

Come to think of it, it’s a little like stepping into a laundromat for the first time in a year. And suddenly being reminded of just how privileged I am, that I can barely remember what it was like to make weekly trips to one of these establishments.

I also have mixed feelings about the talk I’m giving. It’s the one I call #NOCODE, that I’ve given at a couple of other conferences. I wrote it as a way to get back on my feet, after “The Soul of Software” burned me out. It was my attempt at “the perfect pop talk”: breezy, language-agnostic, a little funny, a little provocative, a little educational. In short it’s an ideal talk to introduce me to a new audience.

At the same time, though, I’ve spent the last few months giving a talk wherein I spill my guts to an unprecedented degree. And believe it or not, those heart-on-sleeve talks are the ones that I prefer delivering. Over the past year I’ve also started reading my poetry on stage at poetry slams, and that kind of soul-baring performance is… kind of a rush, to be honest. It makes me feel alive and connected to the audience. It’s hard to go back to just being “thought-provoking”.

So I’ve been thinking more about the direction I want to go with this newsletter. It’s pretty obvious that if I just wait until I’m stuck at a laundromat at the cusp of life-changing adventures, you’re not going to be hearing from me very often. And I do want to write to you more.

I also have another problem: I’ve been having a terrible time with strategy, focus, organization, and execution. This is the flip side of the freedom of working for yourself: it’s often hard to determine the most productive way to spend any given day… and hard to stick to it even if you do.

I know that a lot of highly effective people swear by the practice of doing weekly reviews and writing short lists of their goals for the upcoming week. But I’ve never been able to stick to this discipline.

So I had a thought: maybe I could pivot this newsletter into a sort of weekly-ish journal/review/goal-setting exercise. Maybe by making my planning more visible I can give myself some greater accountability. And if you feel so moved, you could tell me what you’re up to in return ????

It’s worth a shot, right? So let’s give this a try…

What I’m going to do this week:

I’ve been getting some requests for in-person training for teams, and I’m thinking about starting to offer something along those lines. I’d love to get some ideas about what that should look like, though. If you were to take a training course from me, what would you want to learn? What would the ideal structure be, i.e. would there be curriculum? Individual exercises? Group exercises? Mob programming? Q&As? Would you be more interested in something tailored to your team’s code (with a commensurately higher price) or something more “canned”? How long would it be? Any and all thoughts you have would be much appreciated! ????

Instagram has become my haven of positive creative inspiration after I scaled back my social media involvement. I’m avdi.grimm there, and I post a lot of flower pictures and the occasional poetry. I also use the “stories” feature a lot. Are you on Instagram? If so, what’s your handle?

I think I’ll wrap it up here for now. Hopefully I’ll be back in the coming weeks with shorter but more frequent SIGAVDIs. Stay in touch!