Hey look I’m still doing this on a weekly basis! 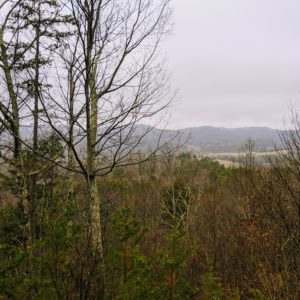 I am still liking this week-planning approach to SIGAVDI. One thing I constantly struggle for is perspective. Sitting down on a rainy Sunday and writing to you is an exercise in perspective.

It reminds me a little of one of the reasons I like Instagram, and particularly the ephemeral Stories feature (if you follow me on IG but you don’t watch Stories you’re probably missing most of what I post). Often I see people say something along the lines of “stop documenting your life and just LIVE it”. And sure. Yes. This is a thing I can get behind. In fact it’s the sort of thing I’d probably say.

I’ve been thinking about class viscosity lately. At least that’s the best term I’ve been able to come up with so far.

There are lots of well-documented structural reasons that it’s hard to move away from the economic and social class you were born into. Many of them are external: you want to break into a different class, but the world pushes back on you in frustrating, sometimes heartbreaking ways.

That’s not what I’m thinking about, though. Beyond the structural barriers, I’ve noticed over the years is that there are also strong psychological and peer-based forces arrayed against improving your position in life.

Our culture teaches us that we have a place. Sometimes it also tells us about a game plan for (slightly) improving our place, one that involves a lot of bits of paper and satisfying various gatekeepers. The first major barrier to breaking out of a game like that is a psychological one. It’s a problem of imagination.

Over and over, in myself and in others, I’ve seen this manifested:

Over and over I’ve tried to get friends past these imagination-blocks. It’s tough going. You can’t just hand someone your own self-image. They have to somehow envision something they’ve never experienced.

But even when a person is able to get past the psychological barrier, another, more insidious obstacle arises: friends and family. There is this phenomenon where when you start to get “uppity”, suddenly everyone around you mysteriously has a crisis that only you can manage.

Here’s a concrete pattern I’ve seen play out repeatedly: a woman (often a single mom) is starting to move forwards on a major career upgrade. Suddenly, a Layabout Boyfriend appears! Who has some Very Plausible reasons that she must spend all her time acting as a stand-in mom to his useless ass. In the meantime, her career plans stall.

Steven Pressfield describes the phenomenon in The War of Art:

When a writer begins to overcome her Resistance — in other words, when she actually starts to write — she may find that those close to her begin acting strange. They may become moody or sullen, they may get sick; they may accuse the awakening writer of “changing,” of “not being the person she was.” The closer these people are to the awakening writer, the more bizarrely they will act and the more emotion they will put behind their actions.

They are trying to sabotage her.

The reason is that they are struggling, consciously or unconsciously, against their own Resistance. The awakening writer’s success becomes a reproach to them. If she can beat these demons, why can’t they?

Often couples or close friends, even entire families, will enter into tacit compacts whereby each individual pledges (unconsciously) to remain mired in the same slough in which she and all her cronies have become so comfortable. The highest treason a crab can commit is to make a leap for the rim of the bucket.

I am still looking for the best ways to help friends (or myself) get past this viscosity of place. If you have thoughts on this phenomenon I’d love to hear them.

One more bit of meta-reflection: all through my adult life I’ve tried to adopt organization strategies of successful, highly effective people. I’ve tried to set the right schedule, get up at the right time, and create the right “balance” in each day.

But what I’ve realized looking back is that every single great thing I’ve ever made came from a period in which I ignored every system I’d set up, ignored my email and my schedule, and just worked obsessively on a project for a few weeks.

I was telling this to a friend and she said, “well, maybe you need to create balance at a weekly granularity rather than daily one”. And I think she might be right.

I wrote in a recent SIGAVDI about how I’m trying to divest the “extract” portion of my business, and I think this is part of it: consciously moving towards a lifestyle in which it is sustainable to single-mindedly focus on a project for a couple of weeks at a time. And then maybe re-surface and spend a week catching up on admin.

It’s what I effectively do already, why not embrace it?

Buuuuuut I’m not there quite yet, so let’s take a look at the grab-bag of goals I set last week and how I did: 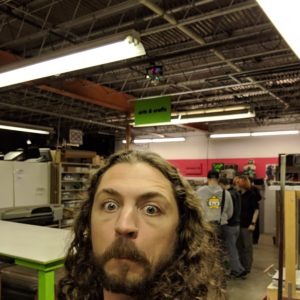 BONUS stuff I forgot to include in the original list:

The long and the short of it is I did everything I said and more, and I’m pretty pleased with this week. That said, there were big chunks of it I didn’t really enjoy.

I love being creative. I hate being productive.

This week I get to play host for my kids for a few days after Christmas, and then drive them up to their new home in Pennsylvania. So this week’s plan is a bit simpler:

Thanks for reading, happy holidays, and don’t forget to write.