I have learned several tidbits as well as full architecture lessons that made code for my projects and clients better. Saving me and my clients thousands of dollars and making me look like a hero. 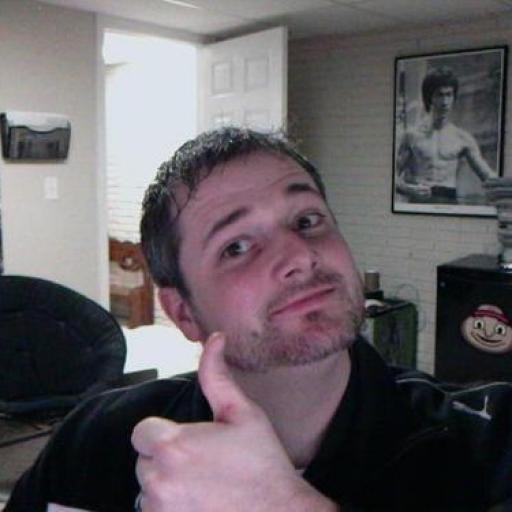 Exposure to Avdi's work made me a better programmer, with wider knowledge and deeper understanding of tools and techniques used. It also made me more conscious about how I organize and design my code. 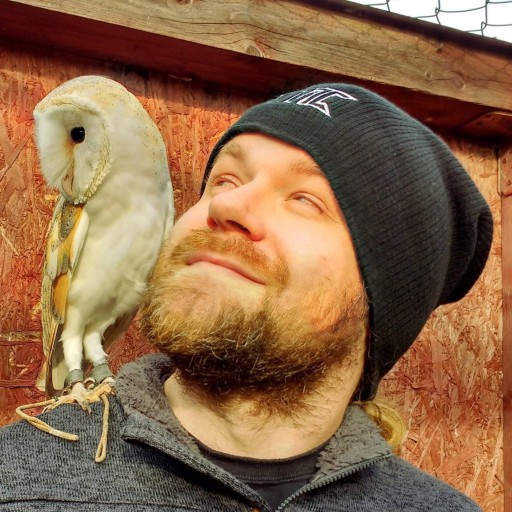 Avdi with his incredible teaching abilities has truly pushed my development abilities and confidence to another level. Not only in the Ruby language but in many core programming concepts. If you're looking to break the barrier of being a mid level developer, Avdi's material is the BEST first step.

The idea of confident code was a real paradigm shift for me. Trying to think in terms of patterns that avoid needless conditionals and null checks really upped my game.

You help me to improve as a developer and other aspects of my life, like thinking about life itself and all the little things surrounding us every day. The way you teach is specially simple and direct, the way everything should be. 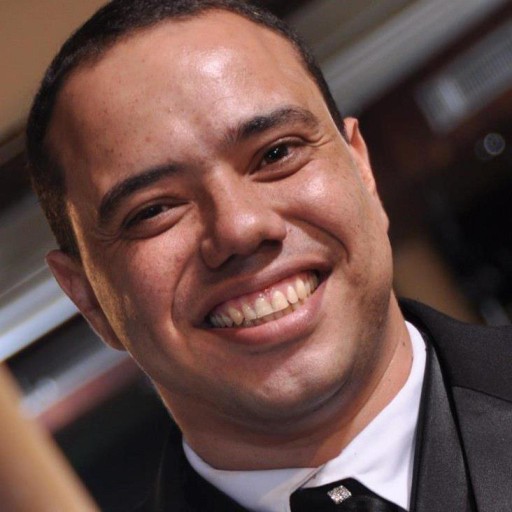 I have, at various points, worked for the same company as Avdi, engaged him for remote pair-programming sessions after that because I missed his enthusiasm and insight, bought copies of “Exceptional Ruby“ and “Confident Code” for all the junior developers on a team because that seemed the quickest way to bring everybody up to speed and give them a common idiom, and had a prototype rubber duck session earlier this year. When it has been necessary to reignite enthusiasm or provide a lateral insight into an intractable problem, Avdi has at more than one point proven invaluable.

Brilliant. Two examples, six years apart, of things I would not have thought of but were evidently true once Avdi pointed them out were that Cucumber need not be restricted to integration tests but could usefully build unit tests where the SUT has sufficiently complex logic that expressing the behaviour in words as well as code would very likely result in a clearer understanding and therefore a clearer implementation, and that “marketing“, while not an obvious example of the Pragmatic Programmers’ “learn one new language a year”, was potentially the most important of all. 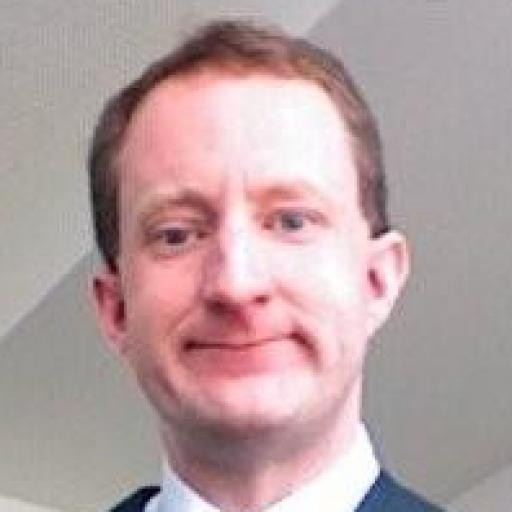 What I really like is it that while you are clearly an excellent coder and a very well known Rubyist, it never comes across with any kind of elitism.

I value your contributions to my life - I'm just a stranger from the internet - but I've followed your writings, talks, books etc. for a number of years. You've helped me in immeasurable ways - I recently got a job at [famous consultancy]; and a lot of the knowledge, points of view, etc. that got me here are thanks to what you have shared over the years.

Your work has been absolutely foundational for me.

@avdi you’ve helped me so much throughout the years. I picked up Ruby back in 2010 and since then my career skyrocketed. Both as inspiration, and as a wonderful teacher.

If it weren't for Avdi's support early on, I probably wouldn't be working in open source today.

Avdi’s stuff is universally excellent. And he’s a splendid fella as well. I personally learnt a great deal from his talks, books & videos.

I think you've always stood out from the crowd as being a clear voice of reason who shows deep understanding of technical issues and also the human side of software. I respect your opinion, as much for calling edge cases or trade-offs and even admitting when you don't know on a subject; many voices in tech often feel like they have to give an answer even in areas where their expertise is questionable. I've always found the advice you've given to be clear, direct and valuable (even if I have to apply it to Java in my day job!). Thanks for all the great learning. 🙂

I feel the biggest impact your work has had is the injection of new ideas and approaches. As a self-labelled, "insatiably curious" developer I'm always looking to learn from others. And while I can't quantify it, I find your screencasts, your approach, really connects with me. And it's the little things that, so far, has had the most impact... I write code that is easier to maintain and refactor. 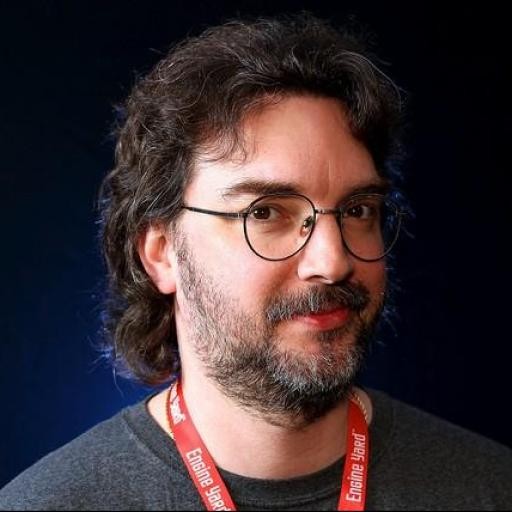 The number one thing that you helped me with is self-confidence. I feel more comfortable contributing to professional discussions and code reviews armed with the insights that you have helped me to gain. 🙂 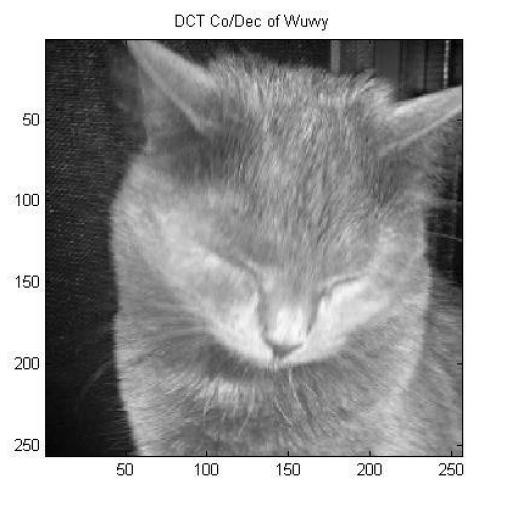 I've always been interested in improving my craft, and you showed me a lot when I was transitioning from Java. Even the idea of "idiomatic" Ruby is something I think I picked up from you and am very glad to know. 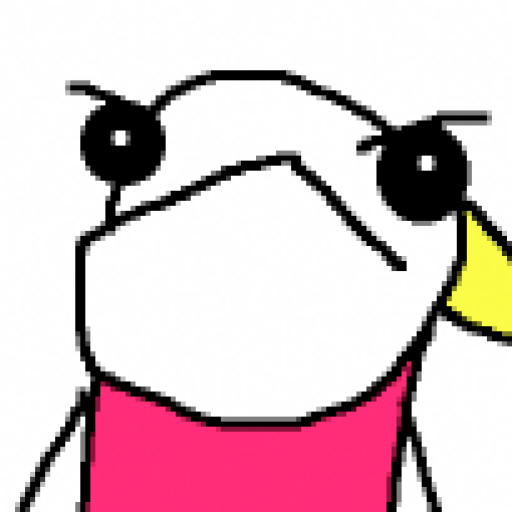 You gave me words when I didn't have them, ideas when I had none, and a hug and encouragement when I needed it most. 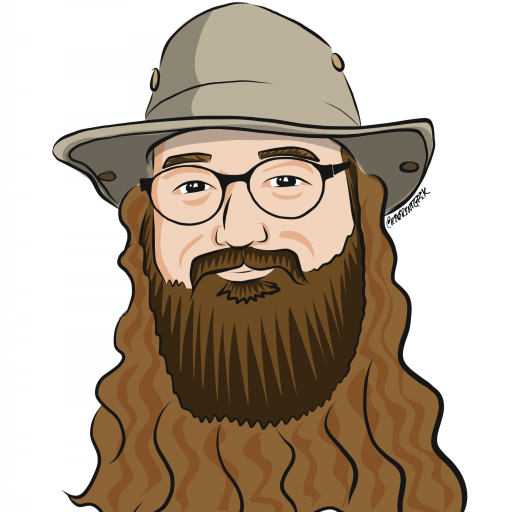 Apart from teaching me a lot about Ruby & Rails, your work has made me a better programmer in general. Which obviously led to a better job at a great company, as well as a sense of confidence and happiness with my work. I'll be forever grateful for that.

I know a ridiculous amount of Ruby and still consistently gain insights and learn new things from RubyTapas! The best pull request I ever got was from you, you had a great idea that improved what I'd come up with and added a whole feature!

I knew who you were well before I was anyone in this community, I enjoy that now I get to consider you a friend 🙂 I also appreciate your vulnerability and honesty with some of the material you publish. Life's hard sometimes, it's helpful to be reminded that others are going through life, too. And I think it's valuable to be reminded that there are real humans behind the things we could easily take for granted (F/OSS, podcasts, conferences, etc). 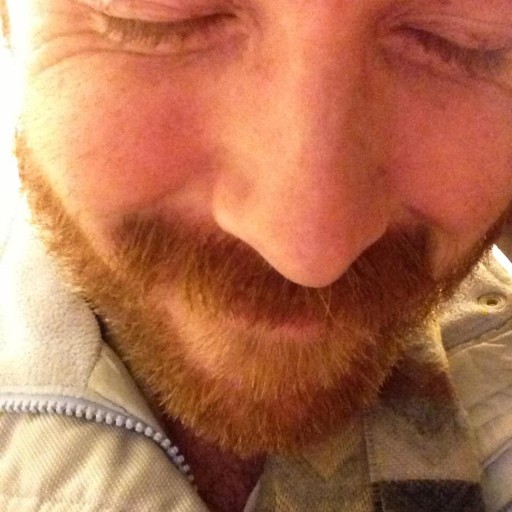 On the technical side, I find Avdi way of showing the little things that make software incrementally better very powerful - the idea that things can and will get better. On a more personal note, "The Moderately Enthusiastic Programmer" resonated a lot with me - i love my programmer job, but "passion" has always seems a bit too much to me. Finding someone that is an incredibly good programmer but take distance from his work makes Avdi an example very far from the stereotype of someone living and breathing only for software. 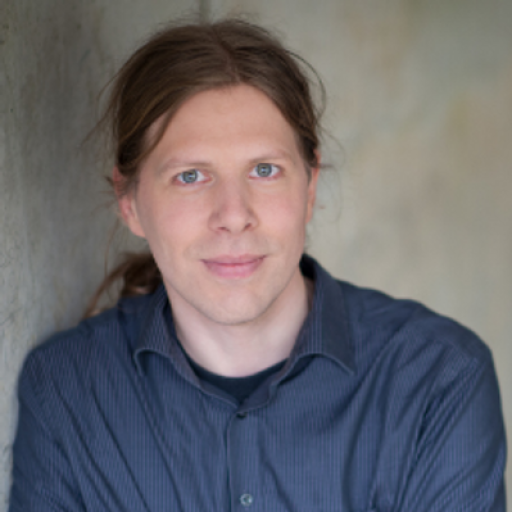 Avdi stepped in and validated what our development team was doing. As in technical founders, (flounders), he reassured us and gave us actionable ways to make sure our team was hitting milestones.

Avdi needs to be top of your list. The closer he is to your work and your team, the better. 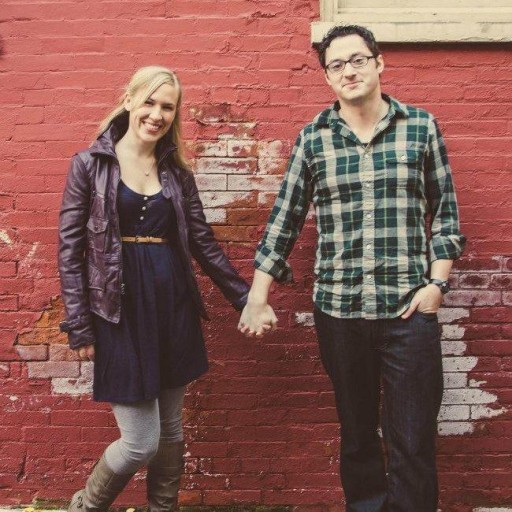 Over my 10 years of professional Ruby programming Avdi has been one of the most influential with all his works that I've encountered. From podcasts to videos, blog posts to books, I've sampled them all and benefitted hugely. [Avdi has] encouraged me to do better, for myself and my peers/communities. Most of the time Avdi's work caused me to pause and think, something I value very highly. 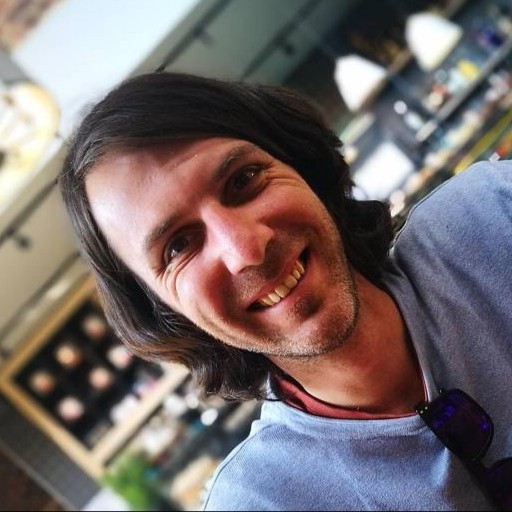 Your technical videos, etc have raised my game as a programmer. You have helped me understand various patterns and helped me improve my code. 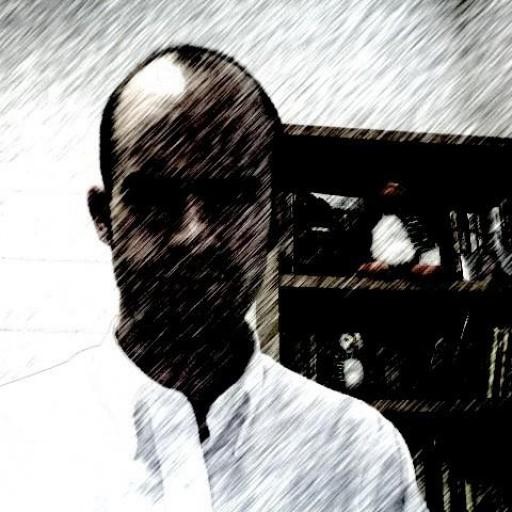 @avdi - a gift to humanity.

Objects on Rails, Confident Ruby and Exceptional Ruby all blew my mind.

I’m really thankful for your influence on the way I do my work and approach and solve problems.

Avdi's materials are a great source of mind-opening information. When one is a Lead developer in a company it often feels like there is not much else to learn to (or to learn from who). That's why his materials are like a remote mentor for software-developers (from junior to super senior). Anyone can find useful information. 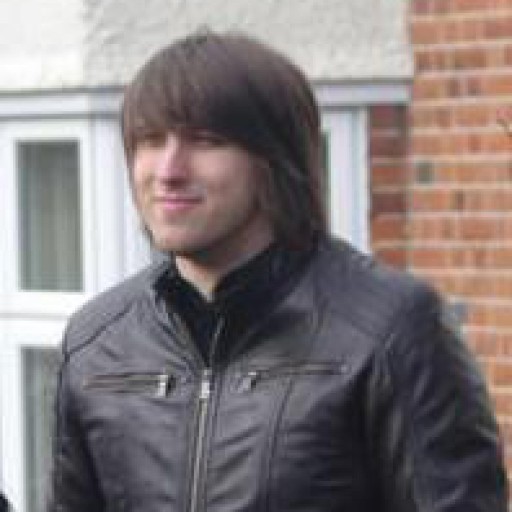 I can honestly say that your videos have helped me take my development abilities to the next level.

You are able to communicate clearly and delightfully that software development is an elegant craftsmanship, especially with Ruby. Keep going with your "happy hacking!" 🙂 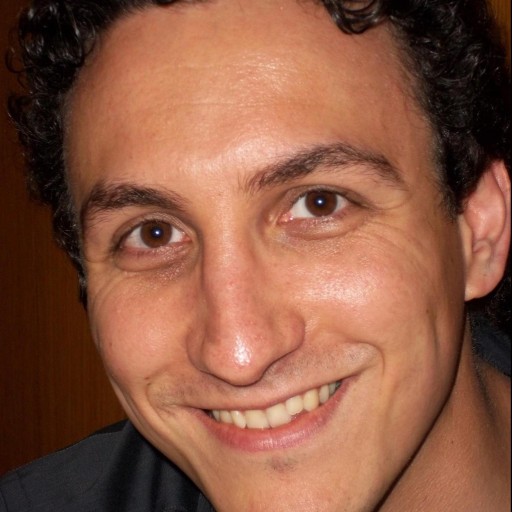 Avdi led a Lunch & Learn, where he coached our team in a TDD mob coding session. Not only was Avdi an engaging coach, he also exposed problems in our TDD process right away. Since the brief, 2-hour session, our team has crafted better software stories, has shipped features more quickly, and has solved problems more confidently. 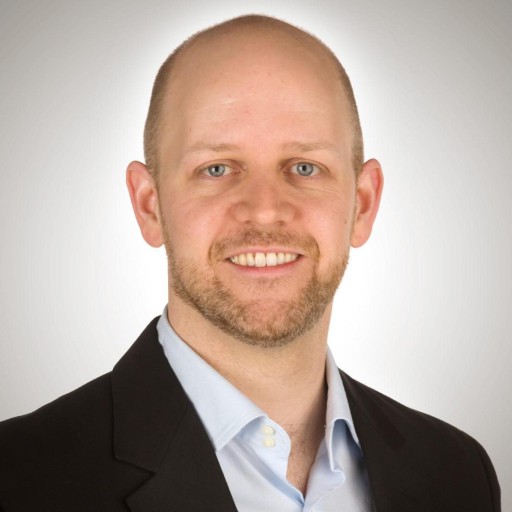 You've made a huge impact on the way that I think about what well-designed software looks like as well as helped me learn more about the Ruby language. Your communication skills and insight into the software development process have been instrumental to me! 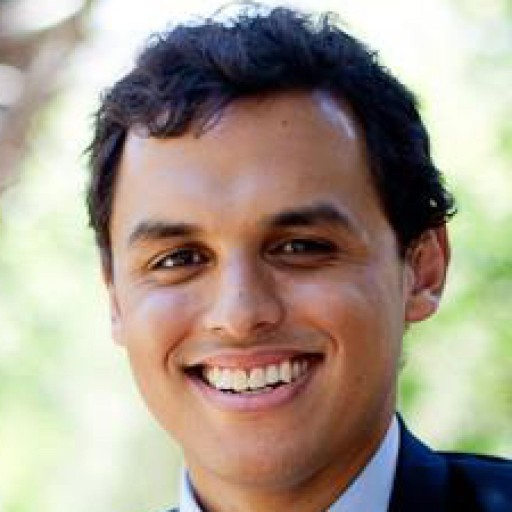 @avdi is a great codesmith, but he really stands out by communicating difficult concepts in a way that just seems... inevitable.

You gave me the technical mentorship I was searching for, and helped put names to some of the instincts around code I had at the time... I'm very fortunate now to be in a job I really love, but so much of my success here and even my initial employment was down to soaking up hours of your teaching.

You help me think about code in an organized way, and you put a loving, human face on difficult and abstract technological issues. Your honesty and vulnerability make hard problems feel more solvable and success and fulfillment more reachable. 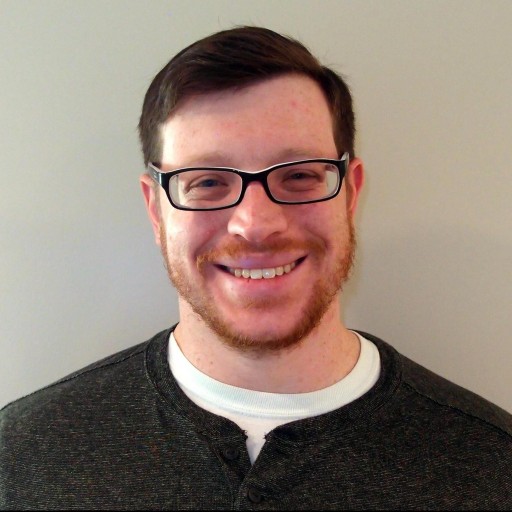 You inspire me, I carry many of your teachings and thoughts and I frequently find myself using them.

You are someone that I think of when I try to figure out how to move myself forward. I know that your work will be empathetically considered and that it is of high quality. Although I expect these impacts to be greater in the future, I think the biggest impact on my life and work has been your impact on others. Others are more empathetic, confident, and write better code because of their interactions with you and your work and I benefit in a substantial way from their growth.

TBH I devour every original Avdi video just because I know it will be superb.

I'm amazed how often I keep pointing other developers to your various blog posts and teachings. Thanks 😉

News flash (for those that weren’t in the know already): @avdi is amazing. #seruby

Avdi provides a supportive and realistic view of writing code in Ruby. His teaching/explaining style is easy to follow and has helped me grow in my ruby software development.

Avdi has made me a more confident coder, a better, more critical analyst of my work, an example of how to go about helping other people learn, and just a general interest in my questions and answers. His work has helped me to reduce the tech debt in my code, increase the confidence that it's bug-free and high quality, and to be able to point problems out in others' code during reviews. It's just a general joy and uplift to me when I get something from Avdi, whether it's a new RubyTapas episode (or an oldie but goodie!), or a question, or an answer to one of my many questions. 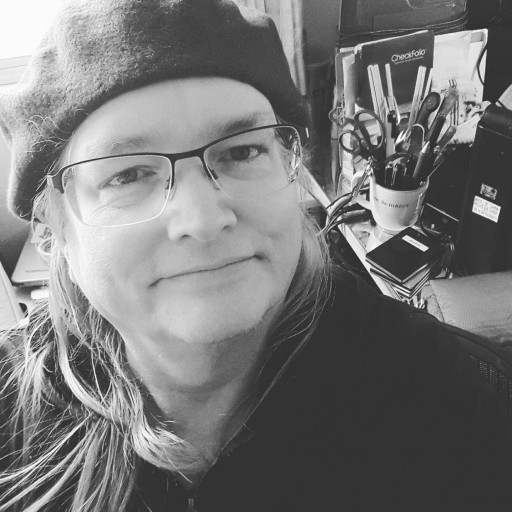 I've filmed you at quite a few conferences, then edited your videos, getting to see those talks again or even multiple times. I'm not in the tech field but you have inspired my life multiple times with who you are. Thank you for being you and for sharing of yourself with others!

Your work and wisdom has been instrumental in my growth as a dev.

I am a much better programmer because of you, and those who work with me or after me are much better off dealing with the code I write now.