TL;DR I’m struggling a bit right now, and if you subscribe to my screencasts or buy my book that would really help me out. And if you’re a happy customer, now is a great time to tell your friends!

I know a lot of people probably think that as a somewhat well-known (in certain circles) globe-trotting programmer guy, I’m no doubt sitting quite comfortably. And it’s true that I’m not poor. And I’m not in imminent danger of having my family tossed out on the streets. This isn’t a call for charity. But if you’ve ever thought “gee, I should really sign up for RubyTapas one of these days, I’ll bet I’d learn a lot”, now would be a great time to do it.

Here’s the thing. I support my family with my RubyTapas screencasts and sales of my books, occasionally augmented with co-teaching gigs. And lately, RubyTapas subscribership has started to flag.

Avdi, maybe fewer people are subscribing because your videos suck! Yeah, that’s a possibility I have to consider. But if anything, the feedback I’m getting says that my latest content has been some of the best ever. And when people tell me why they unsubscribe, the majority say it’s only because they’ve moved on to work in languages other than Ruby.

So, I think the downturn partly reflects trends in the industry. But it also reflects the fact that I have done a really poor job of marketing.

Case in point, here’s a common conversation I have at conferences: “Hey Avdi, great to finally meet you in person! So what do you do these days? Are you still consulting, or…”

After doing RubyTapas as a full-time job for around three years, there are a lot of people who know who I am, but don’t know what I do for a living.

I’m working on fixing this PR problem. But that takes time. And time-wise, I don’t have a lot of leeway to work with. At the same time my income has been going down, our expenses have been going up. Right now my income fully supports six people and partially supports three more.

I don’t want to bore you with the details, but just as an example, last year we spent over $18,000 on health insurance premiums alone. That’s not counting thousands more in doctor’s bills and prescriptions. As a very-small-business-owner I’m stuck with Tennessee’s failing ACA healthcare exchange, which basically means our healthcare costs go up by at least 10% every year while our coverage drops by at least the same amount.

We also recently bought our first house. It’s nice to finally have more than one bathroom to share between eight people, but of course home-ownership comes with a whole raft of new expenses.

Finally, expenses are also up because I’ve started to delegate more of my work to others. Ultimately this means I’ll have the time to do stuff like finish my next book. But right now I’m in the priming-the-pump phase where outlay is up but income hasn’t yet risen to match it.

Now, it’s probably true I could take a salaried job at a big company and at least not have worry about the healthcare expenses so much.

I want to continue to have the time and freedom to dig deeply into a programming topic, grok it, and then explain it to other people. I like doing this. A lot of people seem to think I do a good job of it. And it’s only the freedom and flexibility of self-employment that has made this possible.

And to do all that, I need your help.

Here are some reasons why you should subscribe to RubyTapas, if you don’t already:

I love @rubytapas. Thanks for always posting good stuff @avdi

@avdi Can verify, subscribed and then became more awesome at Ruby

I can't recommend enough @rubytapas episode #401 "Whole Value". Definitely a must watch along with #400 "Primitive Obsession"

@MarmiteJunction no matter how much ruby I think I know, @avdi's videos always remind me there is still more to learn

i'm annoyed about some things. i'm neutral on others. @rubytapas consistently brings me joy.

The User @rubytapas episode might be one of my favourite yet. So dense with useful, actionable insights.

@avdi The “Notify, don’t tell” episode was very thought provoking. Am now forced to look differently at my own recent code.

Today's @rubytapas on Differentiation is excellent, and applicable outside of software development: problem solving, social constructs

So yeah. RubyTapas. It’s pretty good! At least, I think it is. And subscribing helps me keep doing what I do. For those who do subscribe: thank you so much. If you like it, tell your friends!

Are you part of a team that works on Ruby code? Yes, we offer RubyTapas team plans! Just get in touch and we’ll hook you up.

I also write books. You can see some of them on the sidebar of this site.

Convinced yet? Buy it today!

Once again, thank you to everyone who has helped me do what I do over the years. Thank you for your belief, support, and encouragement. I’m not exactly sure what my proper job description is anymore, but I’m grateful to have it, I’m going to strive to continue to be accessible, and as I said recently, I’m going to keep trying to do even better.

P.S. as thanks for reading all that, here’s a picture of some wild orchids. 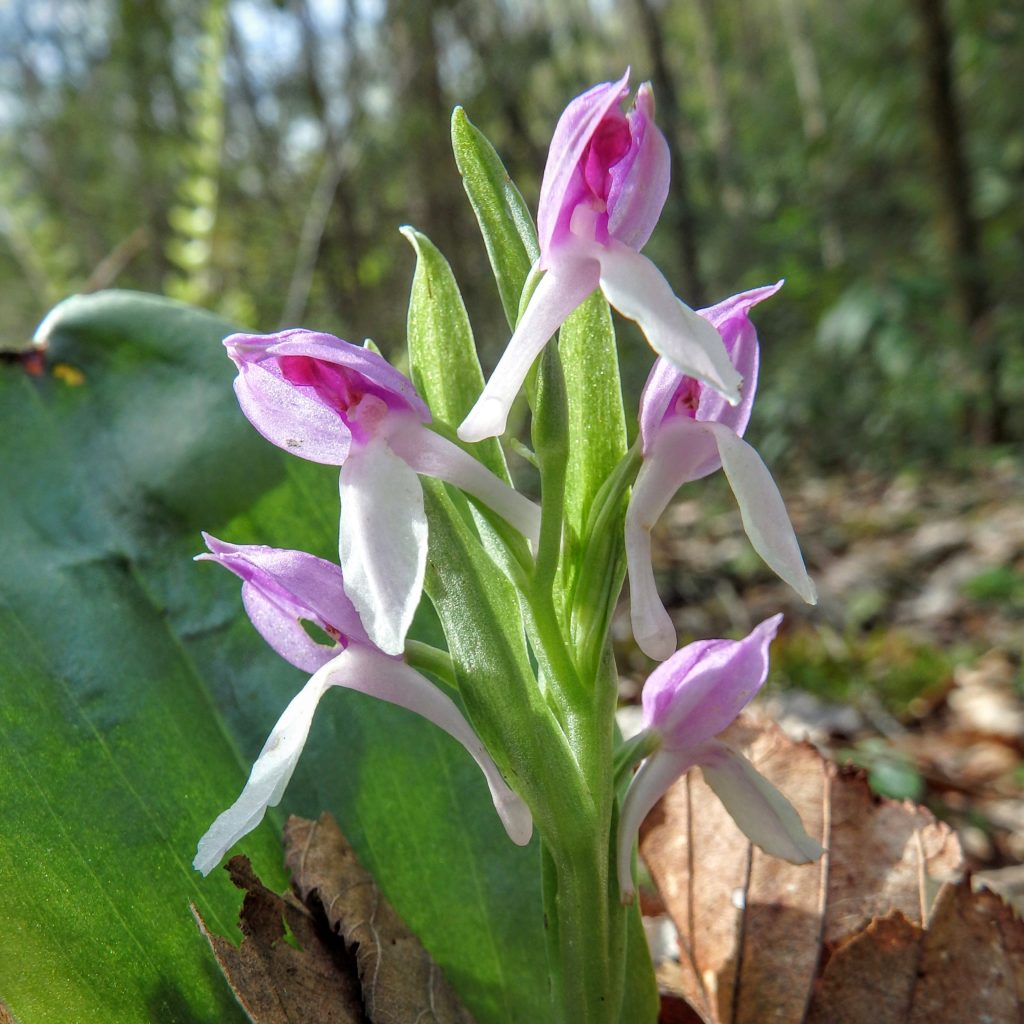