A couple weeks ago I created cowsays.com, in an effort to introduce the joy of Cowsay to more people. In the announcement I talked about how I created the site over a 24-hour period (not counting some UI tweaks). What I didn’t mention was that I also recorded the entire process.

Since then I’ve been working on editing the video in my spare time, and I’m happy to announce that today part 1, (“Zero to Heroku”), is ready and available.

This video series is a raw, over-the-shoulder look at my solo development process. I narrate what I’m doing and thinking as I work, and occasionally I digress to explain why I’m making a particular decision. I’ve tried to edit out the really long pauses. But you’ll still hear a lot of “hm, what next?”. 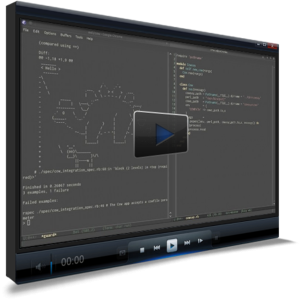 In this first hour-long video I take the app from an empty directory up through a successful “tracer bullet” deployed to Heroku. Along the way, you’ll watch me:

UPDATE: The entire “Making of Cowsays” series is now available as a single video from TekPub!

Over the coming weeks I’ll be releasing the rest of the series. I have all the video, I just need to edit it. In upcoming episodes you can expect to see: